Over the years, Drupal has become a leading content management framework that is highly used by the developers for creating CMS website. Since its release, various updated versions of Drupal have come across in the market with better features, enhanced functionality and increased performance. Among it all functionality and feature, the “Views module” is highly used by the developers. It is one of the most popular modules that is installed around two-thirds of the Drupal sites. The Drupal 8 has been upgraded with the Views Module. Along with its basic features like the Inline Entity Form, BigPipe, Workbench Moderation, Fast 40 and the Rules, it has Views Module, also. 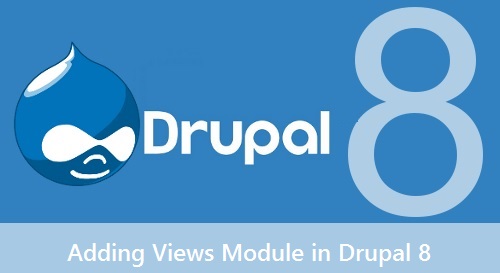 What is Views Module?

Basically, the Drupal is used for creating the content on a website, as well as for its sorting and presentation purpose. That’s all for what the Views module is created. Not only the developers but also the site administrators, who didn’t know anything about coding, can easily create and configuring various lists, tables, blocks, photo galleries, calendars, etc., with the help of administrative interface, which is present in Views Module.

Drupal 8 and the Views Module

Although the Views Module is available in Drupal 7 to Drupal 8 versions, it is highly compatible with the Drupal 8 version. To know more about it, here are some points that help to find out what are the changes Views module has to bring Drupal 8.

Views Module is a contributed module that is available in Drupal 8’s core. It means, it will install by default once the Drupal 8 core is installed. There is no need to download the Views module individually. This is possible with the support of the VDC (Views in Drupal Core) team. They have ported the Views module to Drupal 8 and make it a part of Drupal 8 core.

Being a part of the Drupal 8 Core version, the Views Module “responsibilities” has increased in the administrative section. Now, it needs to controls various types of lists and blocks, such as user admin page, content admin page, taxonomy term pages, etc. Moreover, through Views, the developers can easily modify numerous site elements according to their choice.

3. Default Views Enabled from the Start

From the beginning, all default views are enabled on the Drupal 8 site. But for use in Drupal 7, the developers need to enable it, before it used.

4. Views Have Similar Interface For Drupal 7 and 8

Initially, there is no change in the Views user interface for Drupal 7 and Drupal 8. Although in the Drupal 8, some of the menu items have reposition, renamed, and some have disappeared, but it is easily used for it.

The version difference is the best way to find the information about the Views functionality. In the Views module, the Advanced Help module is not in use anymore. Since it is part of Drupal core, you can take help from the core help system or drupal.org documentation for it.

Already, various web services modules are present in the Drupal 8 core. By enabled with them, you can easily output the views in your desired formats like JSON or XML.

Views Module allows users to systematically create, manage, and display the list of contents. Every output of Views is known as a ‘Display’. It is present either in a block or page form. As Views Module is compatible with Drupal 7 and Drupal 8 versions, it is highly used by the Drupal developers for the website. If you want to add on the views module in your existing Drupal website or want a new Drupal website with views module, then connect with the top Drupal Web Development Company.